The Trenz Electronic TEI0024-01 MAXCO2 is a compact evaluation kit for precise CO2 measurement of the ambient air in rooms and displays pre-defined CO2 levels directly via 8 LEDs. MAXCO2 is a combination of the well-known MAX1000 Intel FPGA board, where many tutorials are available, and the high-precision CO2 measurement sensor SCD30 from Sensirion. The board is supplied via a standard micro-USB connector (e.g. mobile phone charger) and shows the current CO2 concentration levels via the LEDs already after a few seconds.

A Softcore uController is implemented in the Intel MAX10 FPGA of the MAX1000, which controls and reads out the SCD30 sensor. Every 2 seconds a measurement of the CO2 concentration, the humidity and the temperature is provided. These three values in float format ​​are transferred to the FPGA and converted into integer ​​by the FPGA. The corresponding CO2 level is identified and immediately displayed on the LEDs for the user to see. By connecting the MAXCO2 to the PC via a USB cable, the three measured values ​​(CO2 concentration, humidity, temperature) can be displayed on a COM terminal window in real time on the screen. The values ​​are sent via a UART to a USB bridge (FTDI FT2232) from the FPGA to the PC. Users can grab the data points, to store on the PC, to display in graphs or to send into cloud. All software source files are made available so that developers can easily make their own adjustments. In addition, no FPGA knowledge is required, since the Softcore uController used can be accessed via a standard IDE programming environment (e.g. Eclipse) and this can be modified or programmed with standard C code (including debugging).

Since the precise CO2 concentration measurement with the SCD30 does not allow an ultra-low power application, an FPGA can fully demonstrate its strengths here. With the implemented FPGA Softcore uController, individual interfaces can easily be added and make the Evalkit to a highly flexible user platform. Many adapter boards and own circuits can be connected via the Pmod connector and the unused I/O pins (see available Pmod modules with WIFI / BLE / Interface / Sensor /…). For example, a Pmod display can be used to show the sensor values ​​without a PC and can act as a standalone measurement system powered via USB or battery pack. In principle, a much smaller FPGA in the single dollar area is possible, according the used resources for the code. In addition, FPGAs offer integrated float-to-integer HDL implementations, which simplify the conversion of the measured values, instead of doing this in the software.

The CO2 sensor SCD30 from Sensirion delivers precise and long-term stable (measured) values, ​​in air condition monitoring systems for humans. The accuracy of the CO2 sensor is +/- (30ppm + 3% of the measured value) at typical ambient air environments of approx. 400ppm CO2. The measuring principle of the SCD30 is based on the optical NDIR (Non Dispersive Infra-Red) method. In order not to influence the optical measuring section, movements, mechanical loads, impacts, direct sunlight, dust and airflows must be avoided. At the same time, however, normal air access to the sensor must be ensured. To achieve long-term stability and to maintain measurement accuracy, the intelligent auto-calibration feature of the SCD30 is used, which independently calibrates the sensor at regular intervals. (Source: Trenz Electronic)

The MAX1000 FPGA Development Board is most inexpensive way to start with FPGAs and the VHDPlus IDE. But you still have all the hardware you get with the Core MAX10. The MAX1000 doesn’t feature the plug & play and high speed capabilities of the Core MAX10, but you can still profit from the extremly high performance of FPGAs, the onboard programmer or the onboard SDRAM.

Whether you want to program with your own modular NIOS processor using Arduino libraries. Create a 200MHz logic analyzer that you can use together with our serial plotter. Or build a self balancing robot together with the onboard accelerometer. The capabilities of this development board are way beyond the usual microcontroller board you could get for this price.

There are no reviews yet.

Be the first to review “MAXCO2” Cancel reply 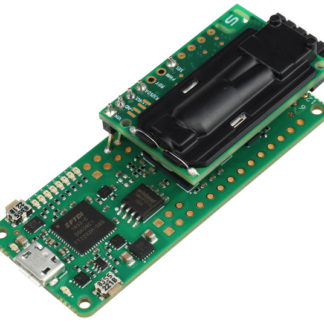